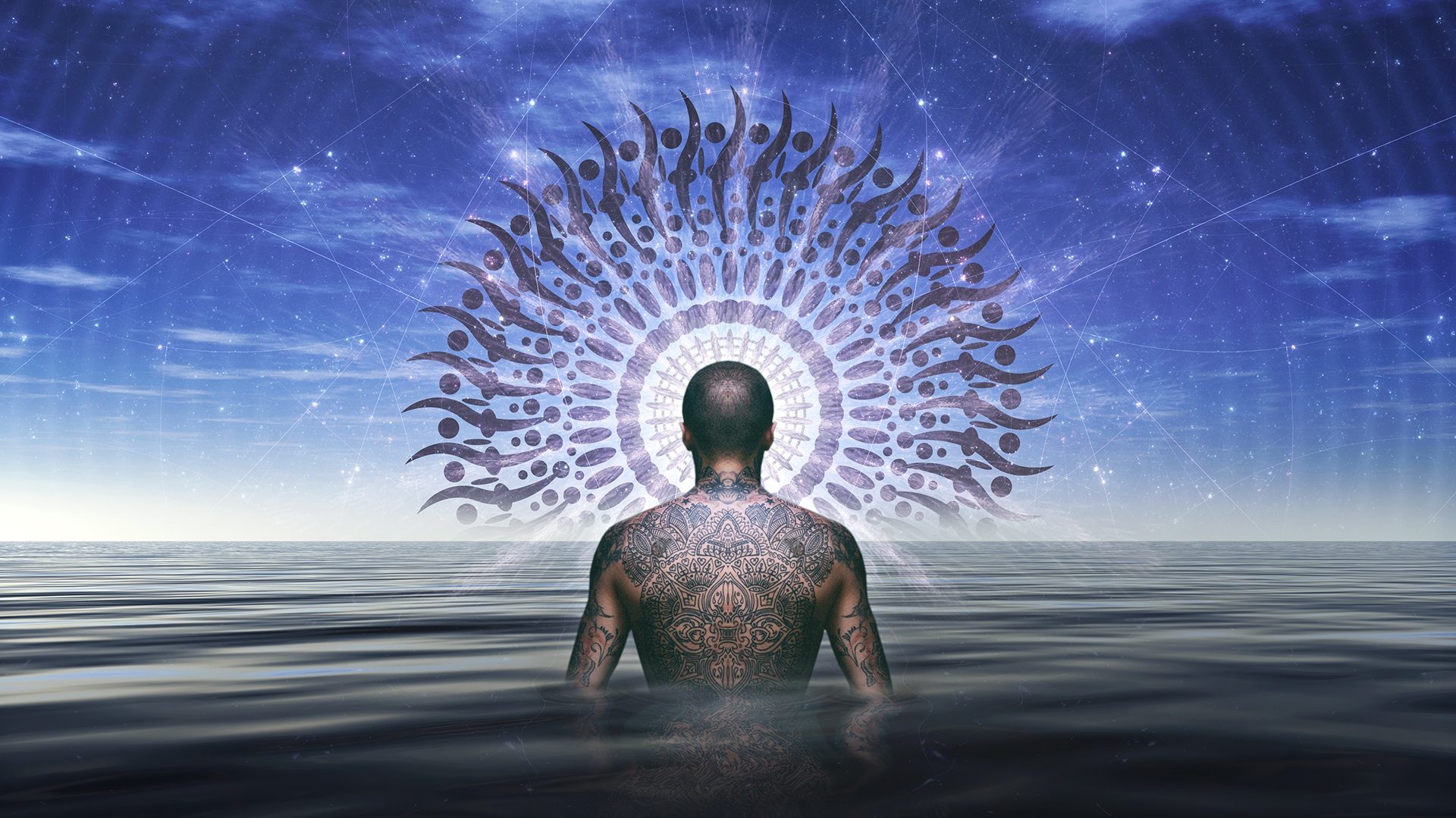 (The recording of the show will be added here once it is received).

Please note: Although these notes will correlate with the show they are not intended as a transcription but more as an added bonus. The notes are normally part of the research for the show as well as my own interpretation of the information presented.

Let’s use an example from the Christian Mythology: The first division that God created in Genesis was the division of night and day or dark and light. If you look at the teachings of the Kabbalah this takes on an interesting turn as the White pillar – The Pillar of Mercy is the masculine pillar and the black Pillar – The Pillar of Severity is the feminine pillar. Both pillars are essential for the Tree to maintain its balance and creative aspects.

We as human beings contain aspects of both the Divine Masculine and the Divine Feminine within us and part of our healing and enlightenment process is to discover the balance of the two that works for us.

As a gay man I have been exploring the Sacred Masculine for many years and it all started being brought into focus about 10 years ago when I was living on a farm in Knoppieslaagte; Centurion. At the time I was a practicing Wiccan High Priest and I was training a High Priestess – I gave her the task of writing a full-moon ritual. When I received the ritual I noticed that it had totally dismissed the God/Masculine element of the ritual.

When I asked her about it and insisted she add a masculine element to the ritual, she argued with me and said it was a feminine ritual; why do we need to invoke the God energy? Logically I can understand where she was coming from; however it denies the basic balance of masculine and feminine that is inherent in our nature and the natural world.

Since I got involved with Wicca; I have had an issue with the dominance of the feminine over the masculine. I was told in the beginning that this is the natural order as the Goddess is the main focus in Wicca and that was that. This didn’t feel right to me at all though and niggled at me for many years.

It does make sense though if you look at the world and its history. The balance of masculine and feminine sways like a pendulum through the ages. The normal reaction to one being prominent though is that the balance swings again in the opposite direction and very often in an aggressive and destructive way – unbalancing the masculine and feminine all over again. It is time for things to change.

For many years I believed that the Age of Aquarius had a feminine focus because; as I believed then; Aquarius was feminine. Well oops – after further research I realised that Aquarius is a Masculine sign and Pisces a feminine one – so why is that the energy in the ages seemed to contradict the polarity of the sign?

After a bit more work on the subject; and after I started exploring a more enlightened way of thinking – suddenly it all made sense!! If the age is masculine – using the Astrological Mythology Model, the heavens are energised in a masculine polarity, however, for the natural balance to work on the planet, it make sense that the energy displayed on earth would be the opposite – as above – so below and all that.

If there is one thing we should be able to see quite clearly though is that our reality is based in opposition and contrast. Absolutes DO NOT WORK!! Just as the Light-worker Movement has destroyed the natural balance of Light and Dark on the planet, so too has the Feminist movement destroyed the balance of Masculine and Feminine.

Just a quick recap on the difference between Ego and Spirit. Ego’s response is always in opposition whereas Spirit’s response is always in co-operation. So whats has happened with both the Light-worker Movement and the Feminist movement is that they have attempted to redress the balance by suppressing its opposite – this goes in direct contradiction to the natural order of things and will always fail.

One of the symptoms of the suppression of the Masculine is the over-whelming rise in Narcissistic and damaged men (and women for that matter).

So how did the Sacred Masculine & Feminine get so damaged?

This is basically what has happened in the balance of Masculine and Feminine – The feminine has been victimised and suppressed, damaged and hurt so she has become angry and aggressive and domineering in her own behaviours and thus has become unbalanced within herself too. Becoming an even worse abuser that the masculine.

Before we can identify what damage has been caused and bring healing to the situation; we need to look at what the Sacred Masculine looks like.

Un-balanced the Sacred Masculine is dictatorial; perverted, aggressive and controlling.

As we evolve, so does the website - check back for more soon.
Join me on Social Media